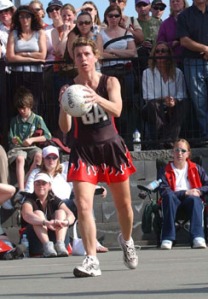 An Elite accredited coach, Robyn coached and played at Victorian State League Championship level for many years and has coached the Benalla Saints to 6 premierships in the Goulburn Valley Netball League.